The recent months were busy for the Swiss Chapter of ASIS International. Not only did its Annual General Meeting take place on 15 November (see this news), but during the same afternoon a large event with more than 200 people in attendance was organised by your Chapter (as main sponsor) and several other associations to listen to views from specialists and debates on Artificial Intelligence (photographs available at https://www.fer-ge.ch/web/fer-ge/conference-15-novembre-2018).
Artificial Intelligence (AI) will impact all aspects of our societies, including the security industry. According to one of the speakers, the question is not whether it will happen; it is actually already there for example in the job candidate screening industry or in e-commerce (with sometimes unexpected outcomes). As security experts, we should understand this developing technology and its potential and limits. Interestingly, the human side of AI was largely featured throughout the presentations, one speaker for example explaining that we should be nice to robots if we expect them to be nice with us, while another added that AI will eventually reflect our own humanity.
This was brilliantly illustrated by the keynote speaker, virtuoso violinist Fabrizio von Arx, who compared his playing of a Johann Sebastian Bach composition with the musical work "Genesis" created by AIVA, the Artificial Intelligence Music Composer. While musically correct, this work did not yet provide the subtlety, depth and details of its 250 years old counterpart. It will be interesting to witness how fast and well such systems will evolve! 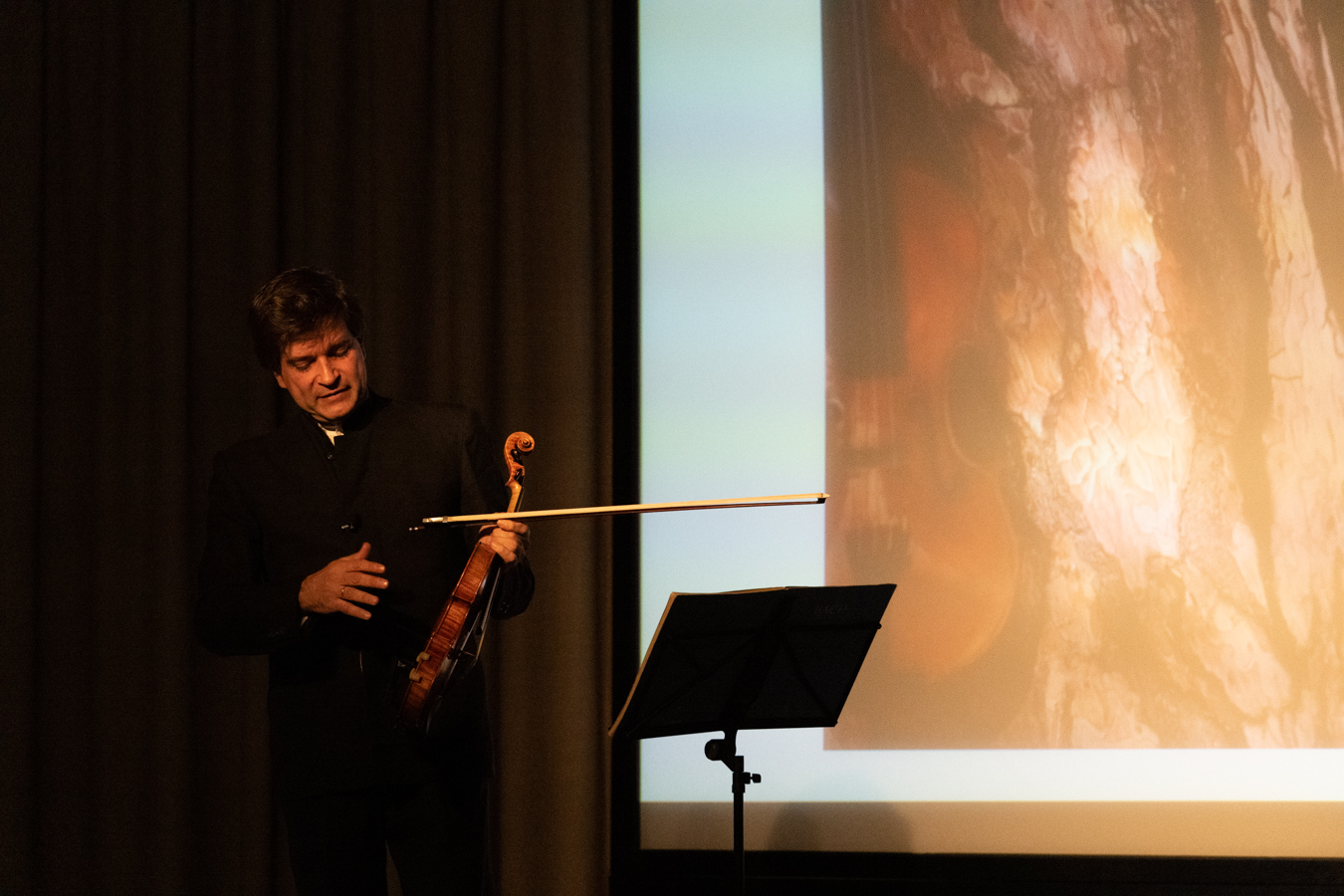